IN MEMORIAM – CHRIS BARNHURST, MY FRIEND, MENTOR AND GUIDE 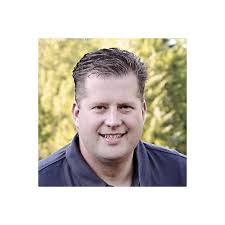 Last week, I lost one of my best friends, mentors and supporters – Chris Barnhurst. It is hard to think of a world without Chris, God took him too soon. It is difficult to describe all the ways in which Chris helped me and my family but it is important for me to try.

Chris hired me as an Agile Coach for Amdocs around October 2012. Over the next two years, Chris was there to support me every step of the way, whenever I needed any help, guidance or direction. Chris believed in me more than I believed in myself. He was always looking for opportunities to brag about me, to open doors for me and give me new opportunities.

Each time Chris helped me out of a tough spot, I would ask him – Chris is there anything I can do to help you? The answer was usually no. Then I started telling him – Chris, I think I am going to pay it forward. Each time you help me, I will try and be like Chris and help someone else in need. I will have to remember my promise to him for the rest of my life.

The best part of my engagement at Amdocs was the chance to catch up with Chris. Our conversations were not very frequent because we worked on different projects but whenever we got a chance to chat, I was always left full of the contagious energy, enthusiasm, joy, goodness and optimism that Chris exuded every moment of the day.

Our conversations usually began with a topic Chris was passionate about – Agile Transformation. But we would often meander into other topics like Servant Leadership, faith and religion. Chris was a walking encyclopedia. In the beginning, I was amazed at the depth and breadth of his knowledge – from topics like how McDonalds organizes its supply chain for fries to the out-of-the-box capabilities of Oracle ATG.

Chris was an evangelist. He would think long and hard about new ideas and examine them from all possible angles. But once he was convinced that an idea had merit and could help make the world a better place, there was no better influencer to get others on board. Whenever I was in a conversation with Chris, it was a matter of minutes before he would get up with a marker and start jotting down his ideas on the board, taking the entire room on a journey with him.

Chris helped me become an Agile Trainer for Amdocs and each time when I spoke about the need for Servant Leadership, I would use Chris as an example. Chris was the most unique executive I have ever met. He had tremendous power and influence in the company, yet, he was as polite and respectful to a developer as he was to a CXO. I never once saw Chris raise his voice or say anything unpleasant to team members even when we were under pressure to get things done and the client was escalating all over the place, making all kinds of threats. He often told me that he measured himself and others on the ability to treat a server in the restaurant with the same respect and dignity as the CEO of your biggest client.

I would tell my students that when Chris decided to help remove obstacles for a team, he became like Santa Claus – he just refused to give up. If you shut the door, he would come through the window. If you shut the window, he would come through the chimney. If you blocked the chimney, he would probably come in some other way. And in the rare occasions when nothing he tried worked, Chris might be disappointed for a short while but then he would bounce right back with his trade-mark enthusiasm and optimism, ready for the next challenge.

He was also an amazing story-teller. I remember one time when he was explaining to me how it was not advisable to shoot at rattlesnake with a shot-gun from a distance of 2 feet especially if you and the rattle-snake was surrounded by rocks. Since I have never held a gun and probably never will, I asked him why. And he explained with actions and sound effects how all the pellets would bounce right back into me and I would be in the hospital for the foreseeable future. I think he knew someone who had just tried this out and we both had a good laugh about the consequence, although that might not have been very compassionate.

When I read about the news, I could not make any sense of it. Why would God call back such an amazing human being who was doing so much good on earth. It is not in our power to understand God’s plan. The world is darker because Chris is not here with us, but I am sure the heavens are brighter and full of laughter because of his presence.

I bet he is helping God optimize the browse and buy experience for humans to do good work on earth, and probably selling God on the idea for an Agile Transformation as well 🙂 We miss you Chris. Till our paths cross again – Keep calm and Scrum On!